From the commercial vehicle group Renault, a joint venture with IVECO resulted in a merging of bus production. In the Czech Republic, the former company Karosa was taken over and operated as a subsidiary company Iveco Czech Republic. From 2003 to 2013 these were marketed under the name Irisbus in the form of a Delphis and subsequently as an Iveco bus. It is one of the most successful buses in Europe. Its market share in the overland transport segment is said to be an incredible 34 percent. Production of the Crossway LE began in 2009. 40000 units were delivered in 2019, and DB Bahn now has over 1000 vehicles in use.

IRISBUS CROSSWAY LE - The model Many know the bus, many drive with it every day. Due to its various versions in the design, this vehicle is interesting to implement as a 1:87 scale model. We are now giving you an insight into the construction department 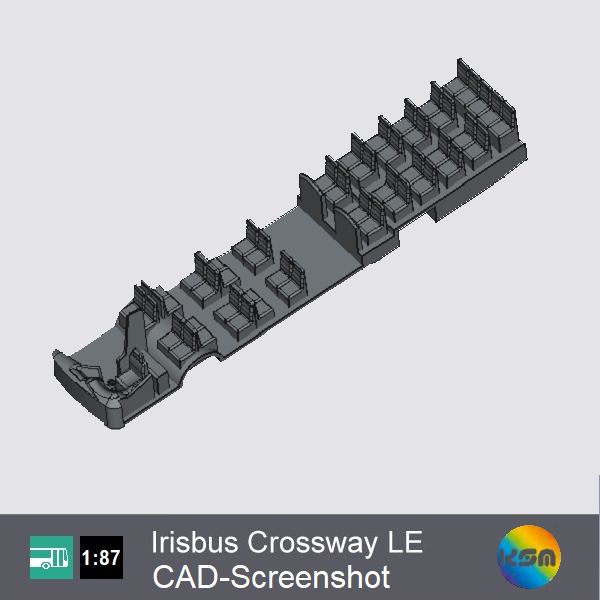 You will soon be able to see here and 3D print model. On him you will see the attention to detail in implementation of the model. The mold making is running . We ask for a little patience: 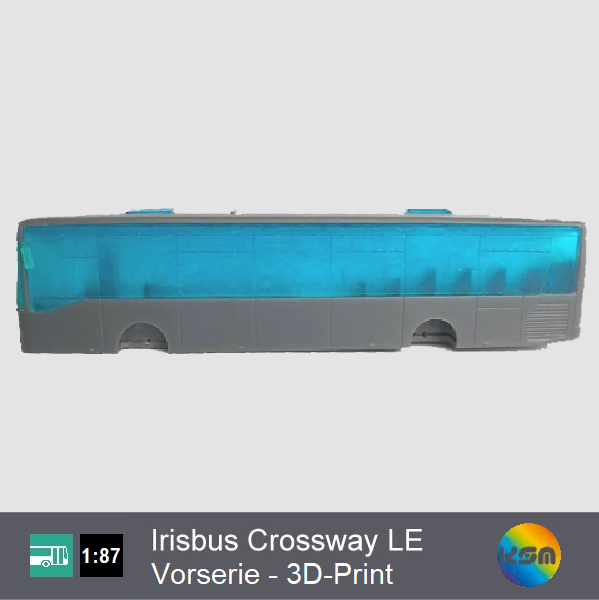